PLEASE NOTE: You can participate in ENO Tree Planting Day throughout the year according to when it is suitable time in your country. For registration and reporting you can use the same forms. ENO has two annual dates for the event: around the day for biological biodiversity 22 May and around the day for peace 21 September. 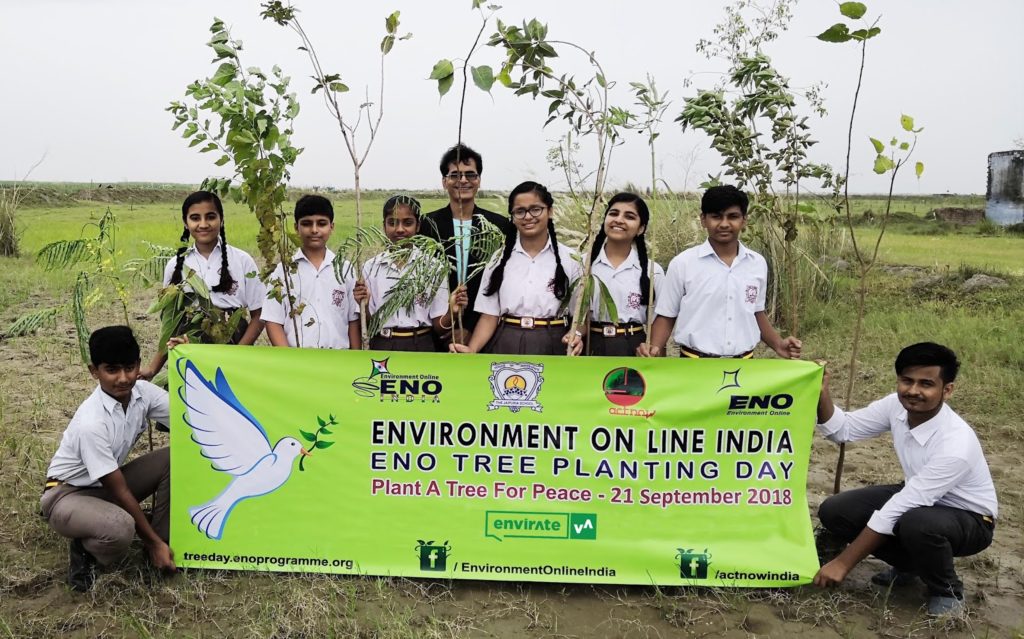 ENO started in 2000, The first four years were with mainly online activities. As many schools had problems with Internet we needed some activities offline. Then the idea of tree planting arose in 2004. The international day for peace was chosen as the first ENO Tree Planting Day and since then, every year ENO schools plant trees for peace around 21 September.

On 21st of September 2004, ENO tree planting gathered 50 schools in 30 countries. Tree planting made ENO more popular and next year over 200 schools joined.  Afterwards, another ENO tree planting day was organised around 22 May, the international day for biological diversity. Until the end of 2018, ENO Tree Planting Day has been organised 25 times. The photo is from India last year.