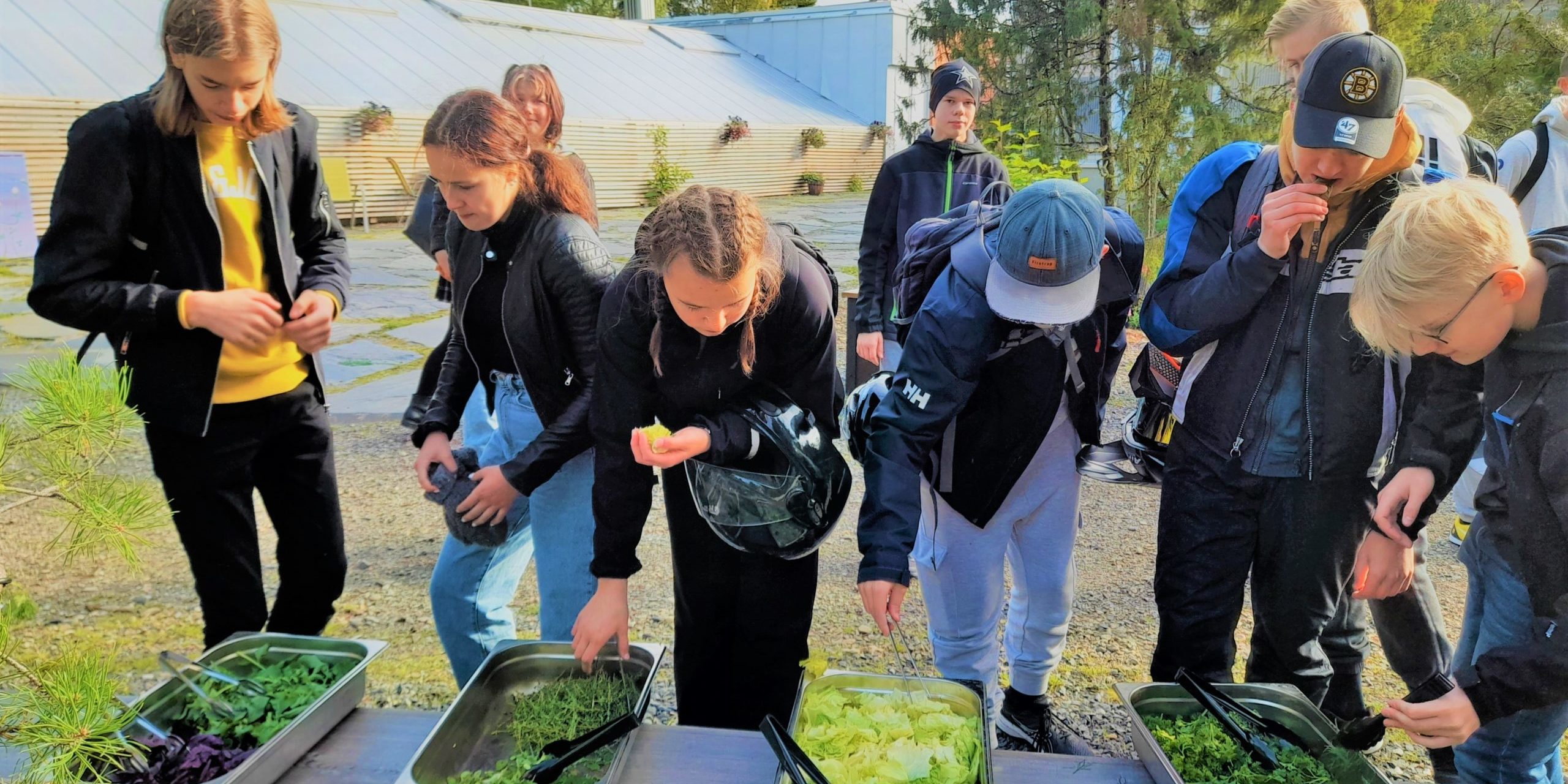 Tastings at the Botania -garden

A food and cultivation education went into action when students of Joensuu planted a food garden at the Botania botanical garden. The harvest event was held on August 27th. The planting was made at the end of May by the students from Pielisjoki and Nepenmäki secondary schools and Itä-Suomen primary school. The original idea was of two biology and geography teachers; Mr. Antti Kasurinen and Saku Punkari – who both had similar interests and decided to collaborate on this event. The project was held for the first time in Botania, which was a great and safe place for cultivations. Both of the teachers had earlier experiments of this activity in their school yards, but the trouble was vandalism. In Botania botanical gardens the cultivations remained enclosed and in addition personnel looked after them. Both of the teachers thought this event was successful and it was a great and motivating way to teach students the basics of species identification, cultivation and self-sufficiency. 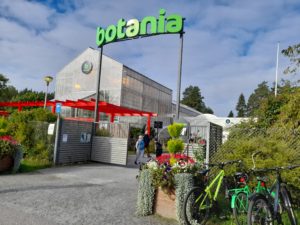 The challenge of growing food with school and students is of course the summerholidays -who will take care of the garden when the schools are closed? The seeds are being planted in May but in Finland the students are on their leave from the beginning of June until mid-August. This year the challenge was organised with the help of a Botania garden personnel who took care of it once a week. A reward was paid to them for this help by Friends of Botania -association (Botanian ystävät ry) and an agreement of this help was agreed between the two quarters. The course of events was facilitated by the fact that Mr. Antti Kasurinen is the Chairman of the Board of this association. Botania in all is a very important and dear place for him as it has served him in his studies earlier. And it is very much due to his efforts that Botania botanical garden is still there despite the threat of termination by the city. 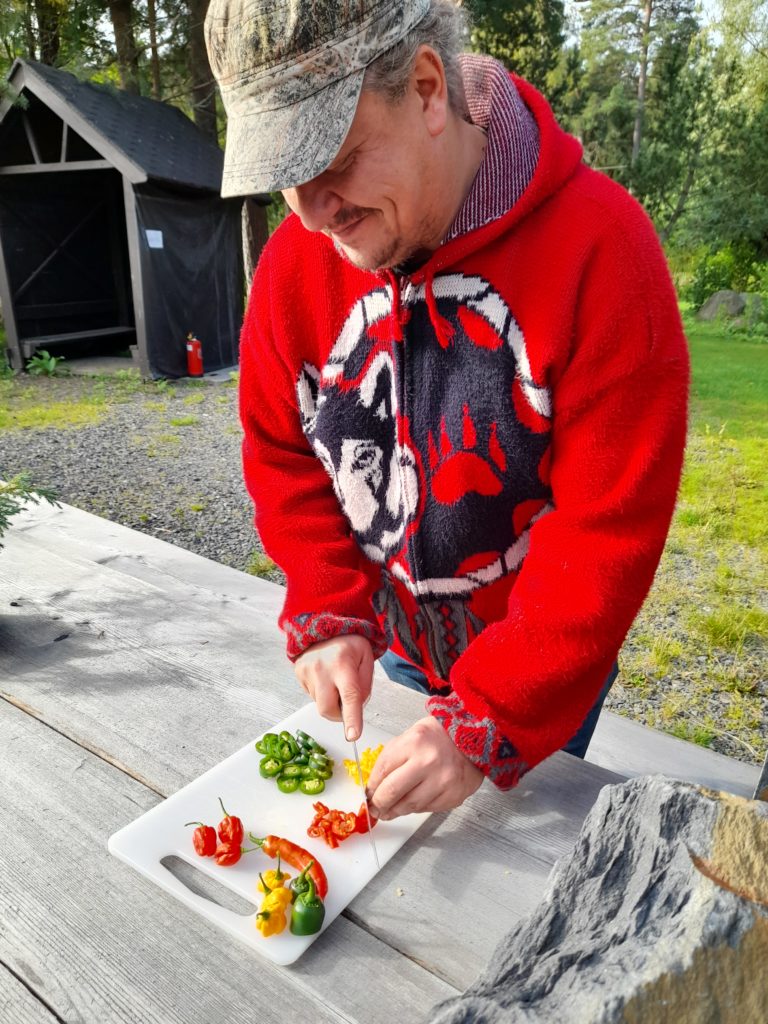 A personnel from Botania botanical garden cutting chilis for tasting. Green is the jalopeno, orange is medina, yellow is the patiala and red is the strongest scorpio.

This years plantations by students comprised many different species. The seed were planted in cultivation boxes with the help of their teachers. There were traditional plants like carrots, potatoes, peas, onions, parsley, dill, chives, different salads and so on but also some less ordinary plants in Finland like chili pepper, leaf mangel, basilic, oregano, french bean and spaghetti pumpkins. Even tomatoes were well grown and ripen without the greenhouse.

The most exciting and emotional tasting experience for students and visitors was surely the chili peppers. There were four different chili pepper species to taste from which the mildest was jalopeno, the became the medina, patiala and the strongest was the scorpion. 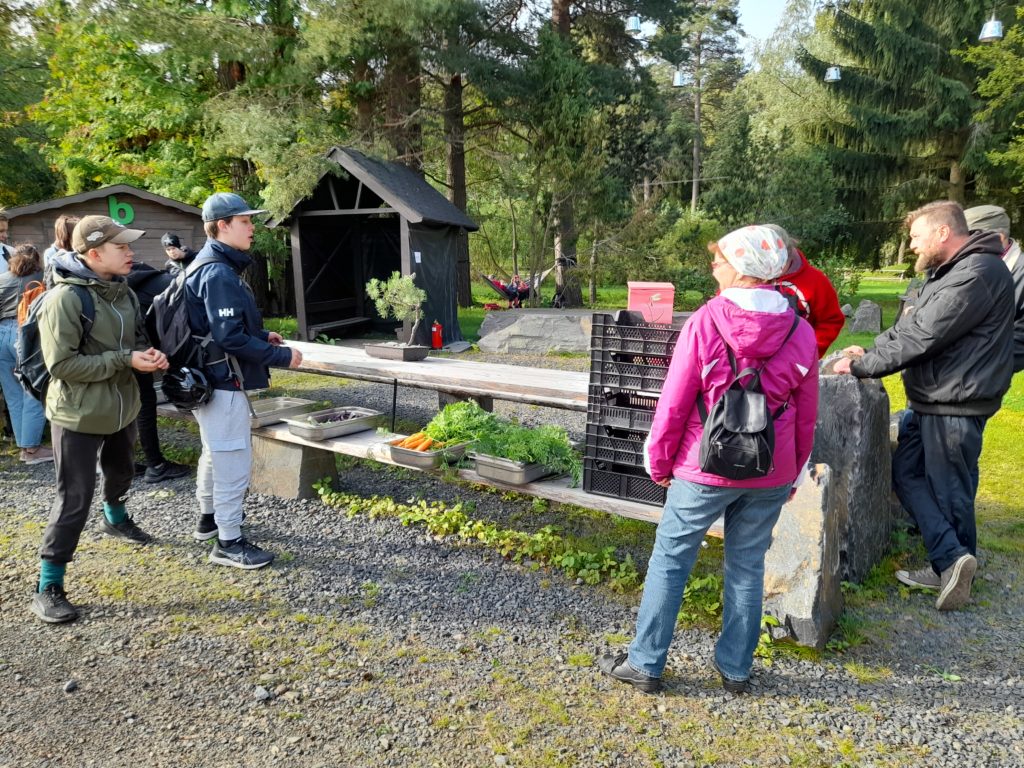 Akseli from 9A -class (in the middle) tasted different species with great enthusiasm and without prejudice. He was not afraid to taste the strongest scorpio chilipepper in which he commented calmly ”Yes it’s very hot” and continued tasting.

The Pielisjoki secondary schools biology teacher Soila Tarvainen (left) and a students well-being instructor Satu Koponen (right) thought this was a great event and that the vegetables had a great taste -their favourites were red basilic and carrot. They also said to have learned new things and got to taste new species. 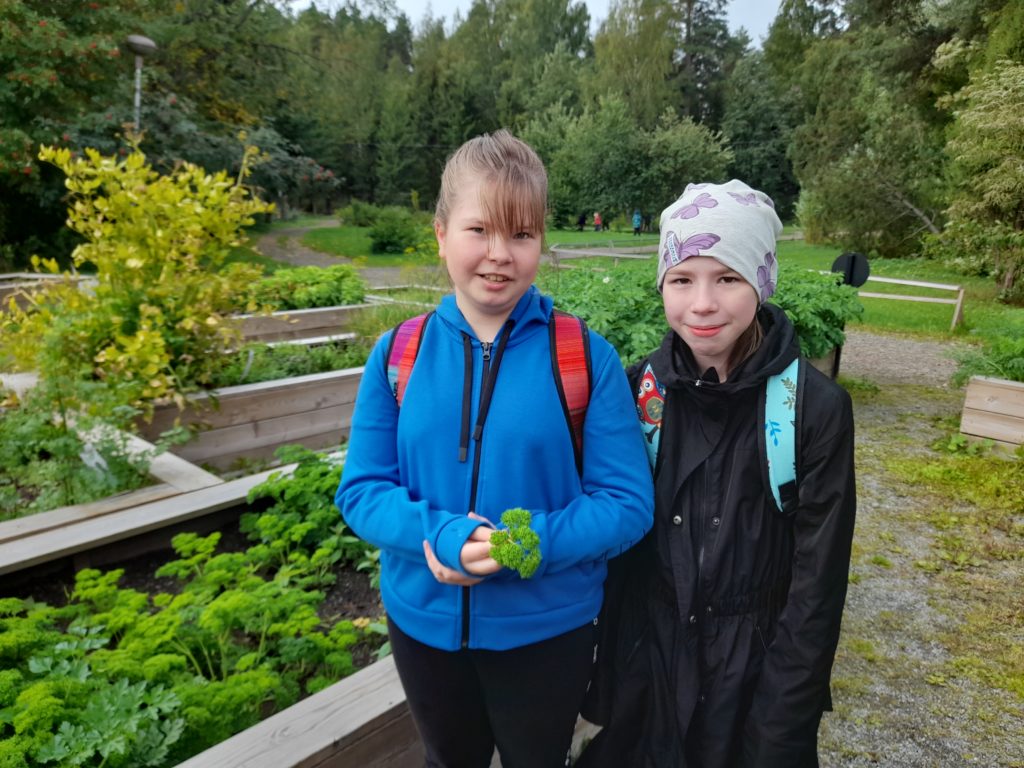 Helmi and Jasna are 4th graders from finnish-russian bilingual and international Itä-Suomen koulu to whom Botania botanical garden is a well known place. They thought the best part of this event was the beginning when they planted the seeds in May. They got to plant the French beans, but they were a little upset that they couldn’t taste them because the beans need to be cooked before eating. They thought the most interesting vegetable to taste was onion.

Images from Botania sensory garden – a worth visiting!